“The French identity swings between euphoria linked with contemplation of its own wealth and diversity, and anguish that this very diversity can be the cause of dismemberment. In the end, it is simpler to be Breton than French.”
Jean-Pierre Le Mat, History of Brittany (2006) 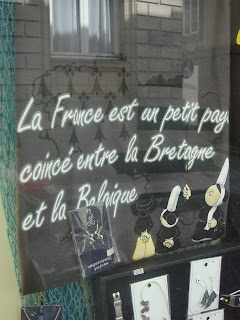 Strictly speaking, it is no longer a crime to advocate Breton nationalism. But the French penal code continues to give special protection to ‘the fundamental interests of the nation’ – its own – and defines these to include its territorial integrity. That of Brittany gets no protection whatsoever, regardless of what the residents of Nantes may think. France claims to be the fount of all universal values, yet upholds them only when expressed in its own preening image. Article 10 of the European Convention on Human Rights specifically allows for free speech to be curtailed where it touches upon territorial integrity. Such stubborn resistance to the will of the oppressed is a significant cause of conflict worldwide. Why do states still find it so hard to ‘let my people go’? 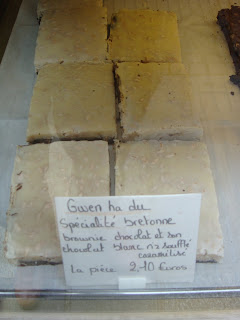 The illustrations I have chosen were captured in St Malo (1 & 2), Rennes (3 & 4) and Dinan. Each in its own way suggests that the Breton identity is alive and kicking. But these are the kinds of thing to be found in any Cornish tourist town too and the Cornish identity can be a shrinking shadow at times. (Not even Cornwall’s MPs make it their job to defend Cornwall.) Is the Breton identity something put on for the tourists, something ‘folklorique’ that makes a nice tea-towel? Something that melts away into the mist if politics is mentioned? Undoubtedly there’s an element of that but also much that will be invisible to the short-term visitor, apart from occasional graffiti demanding Brittany's freedom. The Internet is one place where folk can be themselves that lies largely beyond the homogenisers’ grasp. French law defines the Breton language as an anachronism left over from the ancien régime but in cyberspace it is possible that the tables will be turned. 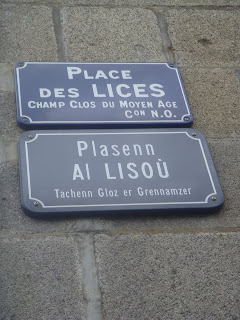 Rennes, seat of the regional council, appears much less Breton than Cardiff appears Welsh. In Edinburgh, the tartan shortbread shops run the length of Princes Street but there is no Rennes equivalent. If a tourist comes to Rennes, looking for Brittany, what do they find? Rennes has been looking east for centuries. Gargantuan civil engineering and town planning schemes during the 19th and 20th have transformed it into a miniature Paris. (One impressive benefit is that Rennes has a metro system, for an urban area comparable in size to Bristol.) Yet to compare the Michelin town centre map of today with one from 20 years ago does reveal important changes. The House of Culture is now the National Theatre of Brittany. The Museum of Brittany has a purpose-built new home (though all the best items will still be in Paris). And the Palais de Justice is now marked by its old name of Palais du Parlement. 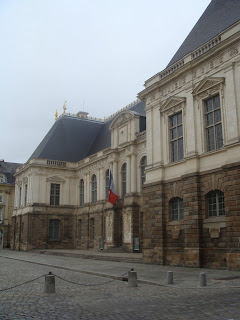 In 1994, fire devastated the 17th century parlement building, originally paid for by the province levying a tax on wine and cider. All has been carefully reconstructed (left) and today it houses the regional appeal court, its jurisdiction happily coterminous in area with that of the former parlement. The royal arms on the ceiling in one of the main rooms show three lilies of France alongside the ermine field of Brittany: a reminder that it was as Duke, not as King, that power was exercised. It was here during the 18th century that La Chalotais first made explicit the cause of Breton nationalism. Here too, in 1764, the magistrates ‘went on strike’, refusing to register the law for a new tax, a last act of defiance before the Revolution made dissent unthinkable. 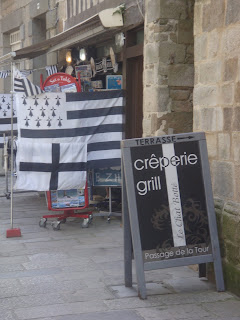 I travelled both ways with Brittany Ferries, outward from Plymouth to Roscoff, homeward from St Malo to Portsmouth. To look at the map of routes is to see how the western Channel is becoming a community of interest, distinct from the eastern Channel with its focus on the Tunnel and the three capitals which that serves. One more reason for Wessex to make its own way in the world and not be imprisoned by a mindset that always has to prioritise English or British unity, even at our own expense. Regional councils in France are now responsible for many of their ports and airports: they’ll soon be buying up ours in Wessex too if we’re not quick to adapt to new realities.

Coming into Roscoff, I was awoken through the speakers by music, Celtic music with pipes and a harp. Brittany Ferries then is clearly Breton, but it tries equally hard to be French. I have to ask why France needs any help. To see what a grip it has is to confirm that for the sake of liberty, of equality, of fraternity, the French State, like Prussia before it, must disappear. At the very least in Brittany. The first steps have been taken. Brittany Regional Council has four autonomist councillors out of 83, following an electoral breakthrough in 2004. What Brittany needs now is its own Alex Salmond. And he or she cannot come soon enough.
Posted by David Robins at 1:00 AM